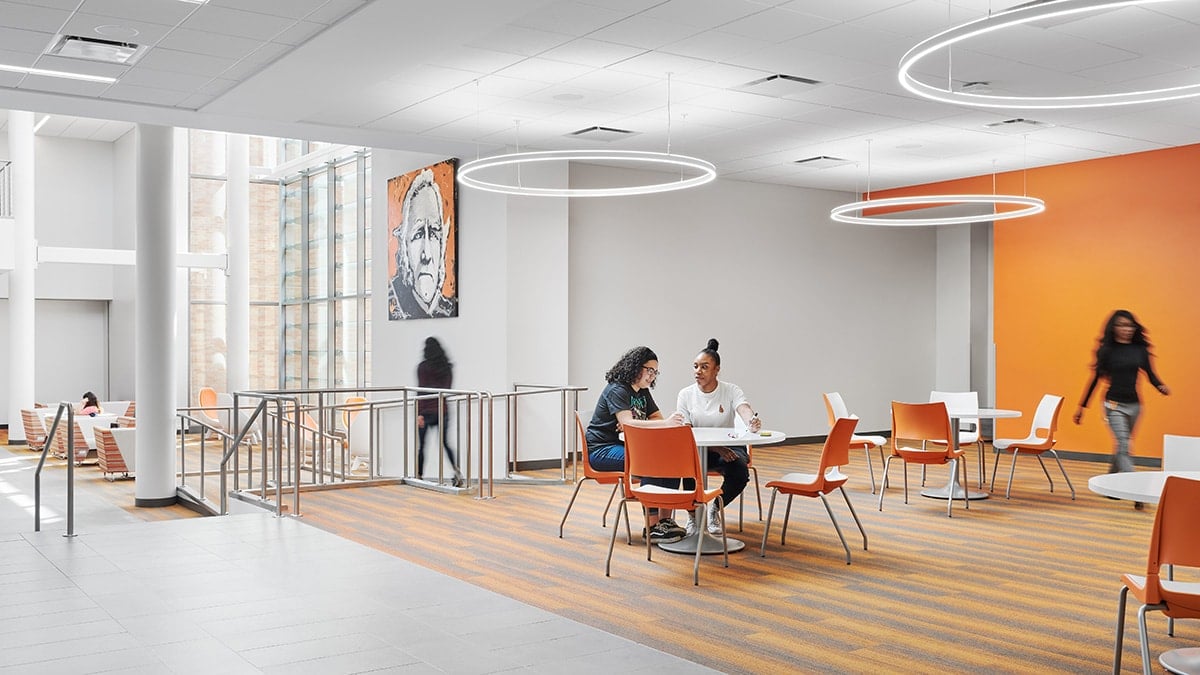 We recently partnered with IIDA to launch the Education Evolution series, comprised of three events which examined the changing role of education in society and how design can support that transformation.

Cheryl Durst, executive vice president and CEO at IIDA, and I made virtual visits to Washington D.C., Dallas and Austin, Texas, where we heard from students, educators and designers about turning their schools into transformative learning spaces.

As a result of these cross-functional discussions, we gathered invaluable insights on how to design learning environments to meet the needs of modern education. The recap that follows gives context for the top trends through the lens of three schools that have shaped the trajectory of how to design effective education spaces through K-12 student feedback.

Looking back at our conversations, these critical takeaways emerged:

Takeaway: Design starts with the end-users and their voice is critical.

Banneker Academic High School opened its doors in 1981 and has since boasted a 100% graduation and college acceptance rate. The school’s mission is to provide a welcoming place for students of all backgrounds, but recently ran out of space to do so.

Moving the Banneker high school learning space to a different location was easier said than done, but Banneker students weren’t going to give up without a fight. They took four “field trips” to the city council to voice their support for the new building. “There was a chance to do something better, do something bigger. We were really excited to go for it,” said Jabari Paul, an 11th grader at Banneker.

Once the city approved the project, designers incorporated student feedback and amplified the features students loved about the old building, like a sprawling, collaborative learning commons in the new space. 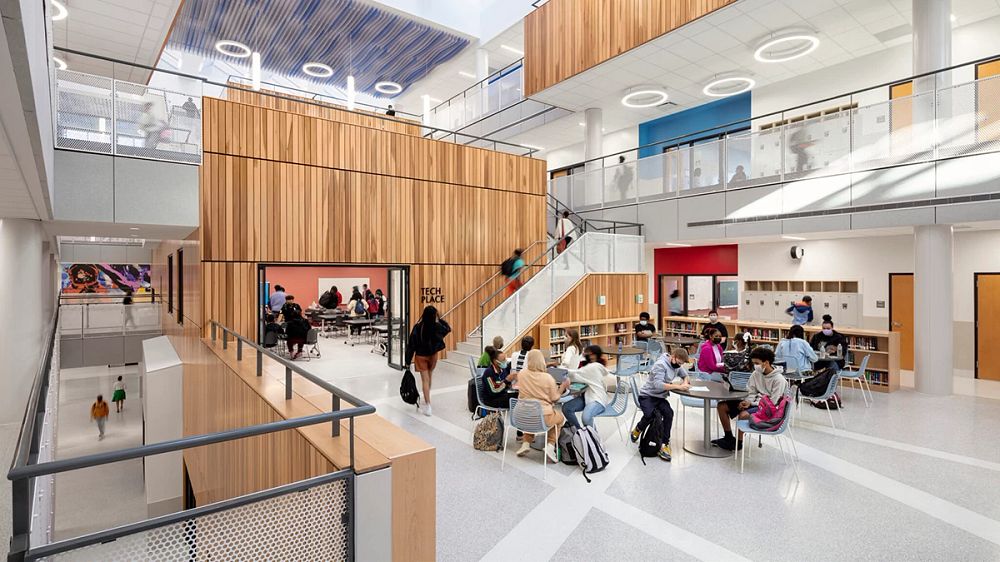 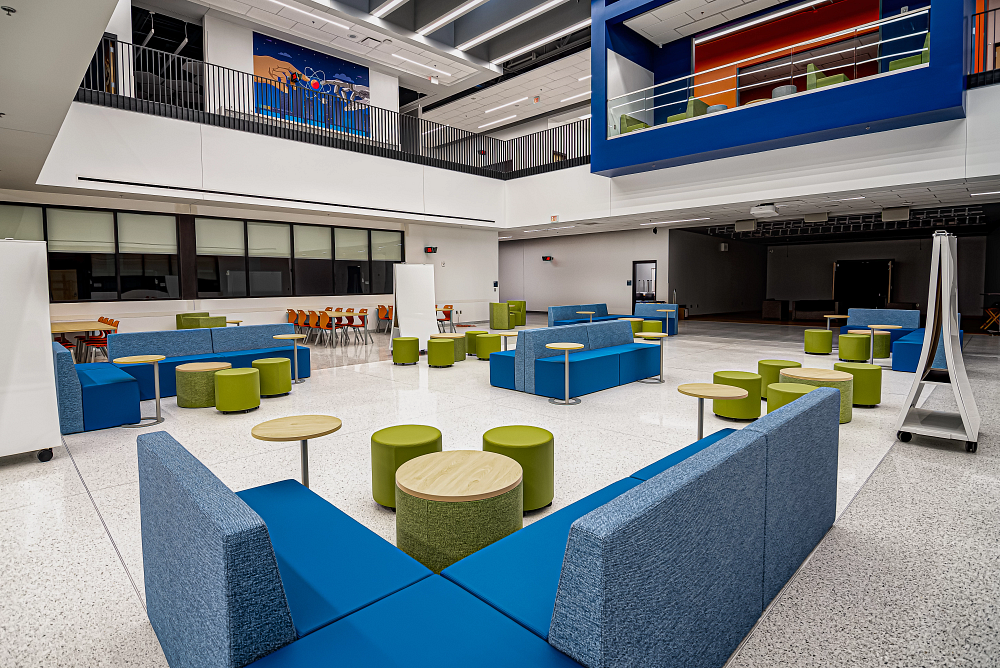 “We firmly believe that we need to talk to as many end-users and partners before we draw a single line,” said Omar Calderon, design principal at Perkins Eastman, the firm behind the project.

Takeaway: Design guides and facilitates conversation as much as it directs.

Community is central at Lake Highlands High School in Dallas, which is home to roughly 3,000 students. Staff wanted to find a way to create new connections on campus between two separate high school learning spaces.

“There was a huge divide between these two centers of the original campus. The use of the spaces created divisions among the students, and many students and teachers never crossed paths because they used the space differently,” said Colt Brock, a Lake Highlands alumnus and student of architecture at Georgia Tech.

According to Adelia Schleusz, vice president and director of education at HKS, “The initial request for the school was the addition of classrooms and creating a connection between two academic buildings.” That changed after the team gathered input from staff, students and community members. Through the design process, it became clear that a new, unified building would better facilitate lasting, genuine connections on campus. 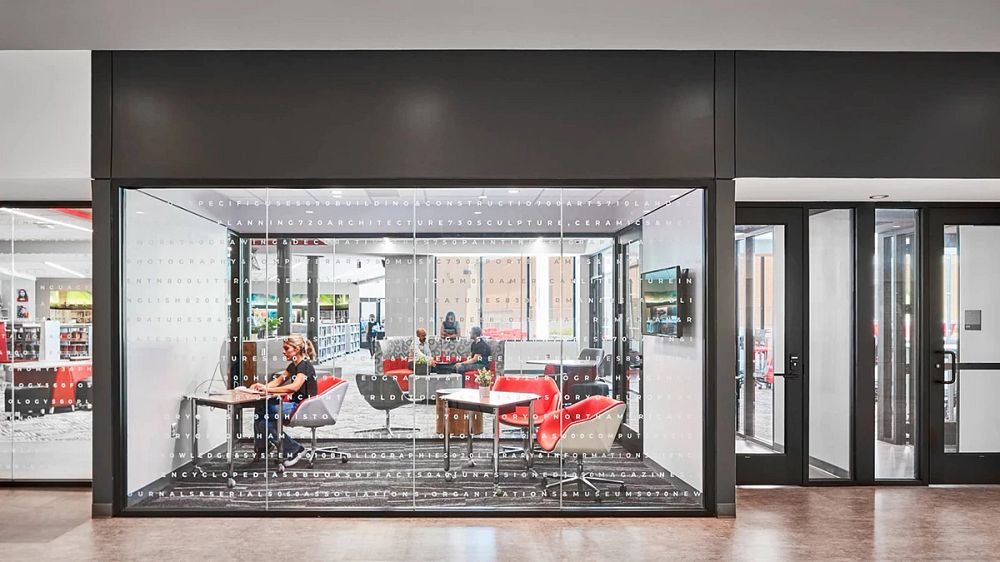 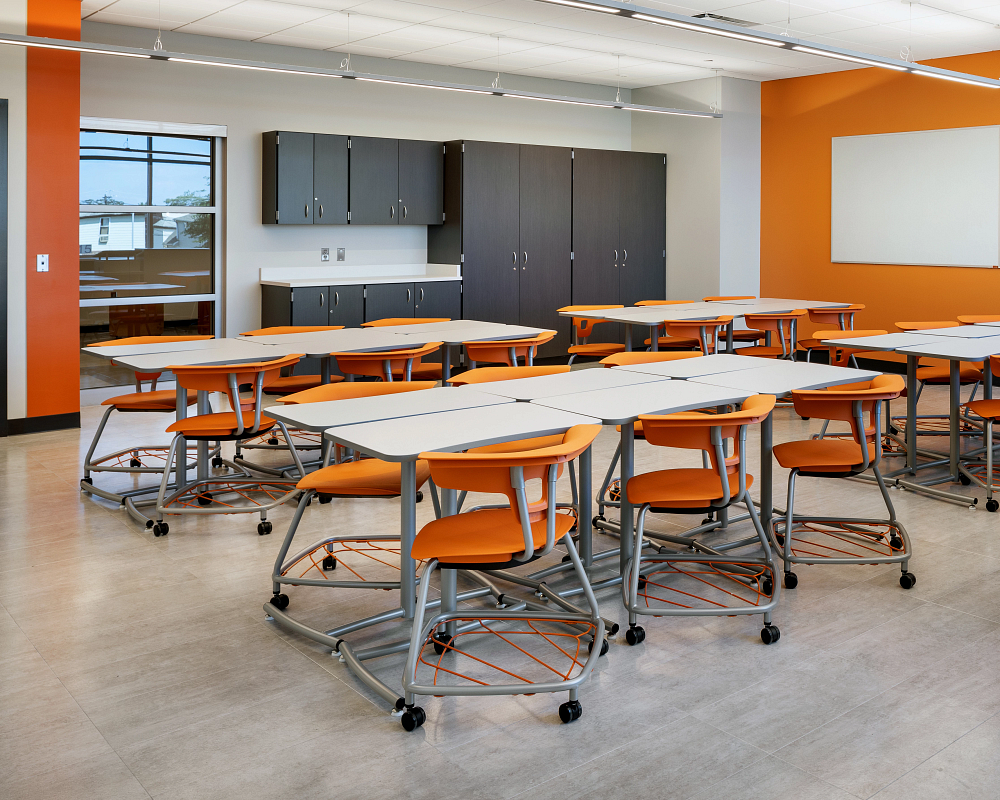 The ultimate design, based on effective student feedback, helped create a sense of community. “It has opened up people’s minds to want to come together, to reach out and go to places and things that they haven’t in the past,” said Casey Gray, associate principal at Lake Highlands.

Takeaway: Education spaces need to be designed to allow for change and improvisation.

Designers and administrators at the Austin Independent School District in Texas had a challenging puzzle: how to design a learning space for students to engage in career and technical education, athletics and performing arts all under one roof.

To accommodate that vast array of disciplines, the design needed to allow for change and improvisation. “We started talking about this idea for something that will respond to what will be needed in the next 25 years,” said Theo Pappas, senior associate planner at Stantec, the design firm behind the project. 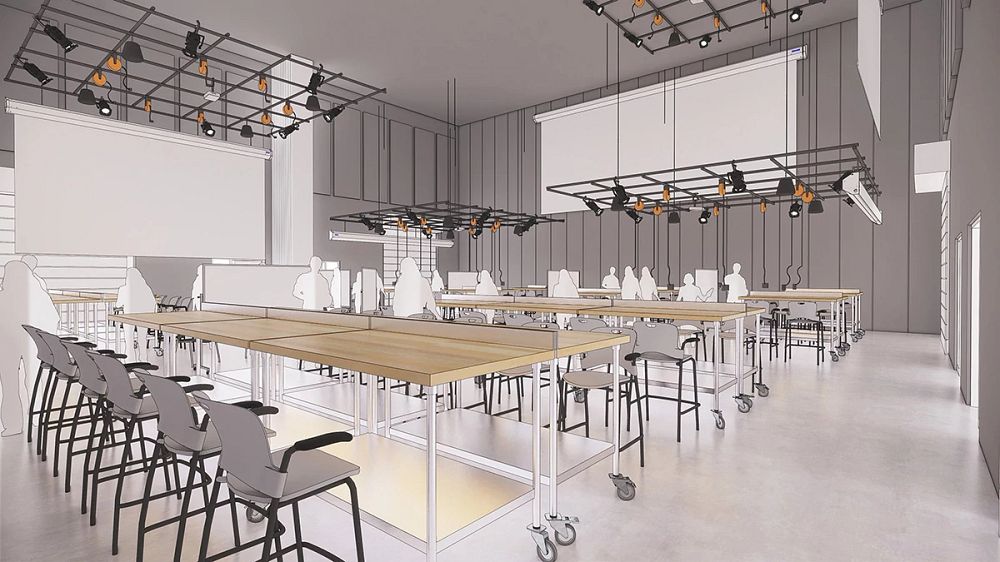 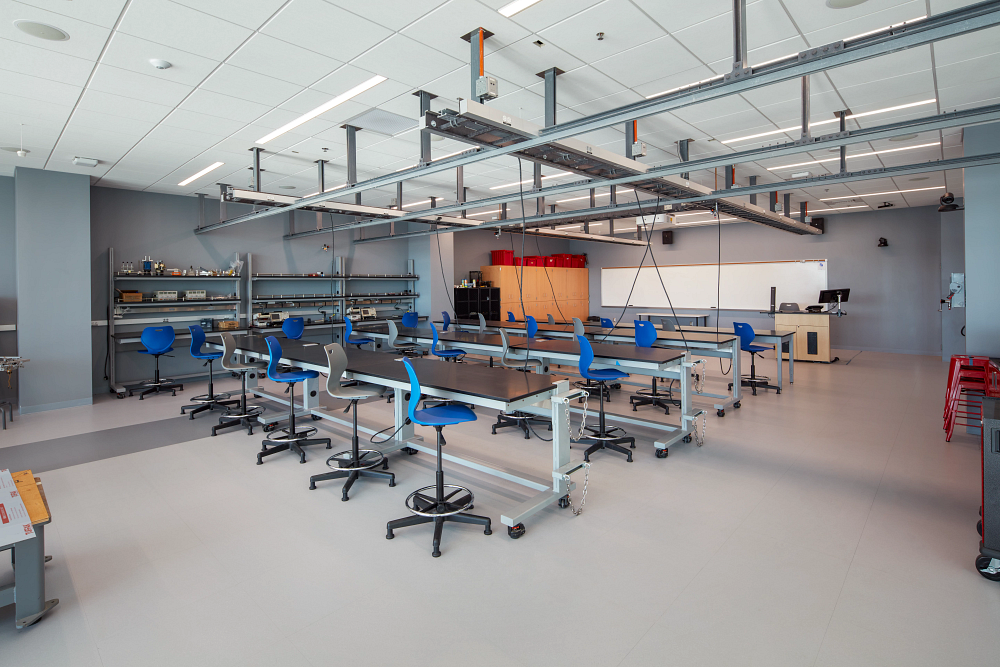 So, the development of the Empower Center began. When the center is finished, it will be available to 16 middle and high schools across the district. The design boasts an interchangeable stage-like structure, creating a hyper-flexible, responsive environment that accommodates the vastly different needs of each program.

The Empower Center “was the greatest way to name the space,” Pappas added. “It’s empowering students to find new ways to experiment.” Barry Nebhut, principal at Stantec, agreed. “This program is built around the idea of student agency—where students drive where their education is headed—and not necessarily fitting that into a traditional classroom structure.”

We’ve only just scratched the surface of the meaningful discussions we hosted on the changing role of education and designing for resiliency in the Education Evolution series. However, it is critically evident that when school administrators and designers accept student feedback and build spaces in response, they can create environments that transform learning space design.

For additional context on how to design education environments with impactful results, we invite you to explore all of the insights in the full report linked below. 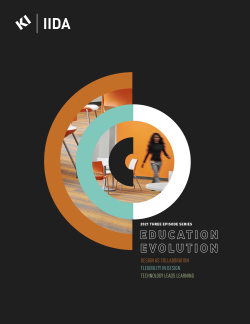 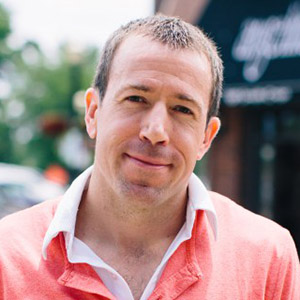