Employers: Put a Ring on it 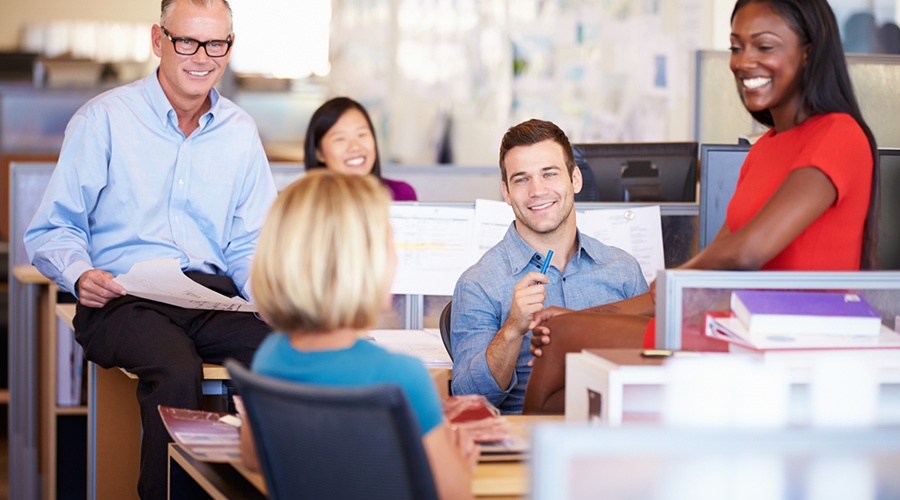 Wedding season is upon us. But couples aren't the only ones who need to decide whether it's time to put a ring on it. Companies should worry about getting engaged, too. To their employees, that is.

A big chunk of American workers have checked out from their jobs -- and are thinking about ending the relationship. That's troublesome for employers. Study after study shows that companies with engaged workforces outperform their competitors. Conversely, low morale saps the bottom line. If people don't like their jobs, they're less productive or quit. And replacing them is expensive. Fortunately, employers don't have to set aside two months' salary and get down on one knee to engage their workers. They simply need to change the way they interact with them -- and give them more control over their work environments.

According to a recent Gallup survey, 51 percent of employees are not engaged in their jobs -- that is, they're not involved in, enthusiastic about, or committed to their work. Seventeen percent are "actively disengaged." Such employee dissatisfaction is costly. Replacing an entry-level employee can cost 30% or more of her annual salary. Actively disengaged employees cost the U.S. economy $370 billion annually in lost productivity.

Executives can start to recoup some of those losses by spending less time behind their desks. Over half of employees who strongly believe their managers are "open and approachable" are engaged at work, according to Gallup. That's far above the national average engagement rate of 32 percent.

Managers who take time to cultivate relationships with employees deliver tangible results. A study of 3,000 companies conducted by the University of Pennsylvania found that spending 10 percent of revenue on team development increases productivity by 8.5 percent. That's double the gain in productivity that accompanies a similar investment in capital improvements.

Employers should use those newly flowering relationships to set clear, shared goals with their workers. Two-thirds of employees whose managers help them set such goals report being engaged at work. Indeed, companies that help employees set goals are four times more likely to rank among the top 25 percent of businesses in terms of company performance, according to Deloitte analysts. Yet only half of U.S. workers say that their managers are currently following through.

Companies can keep employees focused on their goals -- and easily recognize staff for achieving them -- by showcasing key metrics on data dashboards for all to see. Companies like Eventbrite and Etsy, for instance, use big screens to display real-time analytics on sales, social media engagement, customer satisfaction, and more.

Finally, forward-thinking companies should allow their employees to pursue those goals where and how they want to. And that means offering a wide range of environments suited to different kinds of work. For instance, employees might choose private areas to focus on individual assignments but transition to shared, yet still defined, spaces to interact one-on-one with their coworkers. Some may wish to get their creative juices flowing and regenerate in public spaces or outdoors. Open environments -- or a glass-walled "aquarium-style" conference room -- may be necessary to facilitate collaboration and yield fresh new ideas for solving problems. Such flexibility makes workers happier. Employee satisfaction jumps 10 to 15 percent when companies allow them to choose from a variety of work environments, according to a study of 20,000 workers conducted by real estate services firm CBRE.

Companies are hemorrhaging talented people and billions of dollars simply by being indifferent to their employees. Smart managers can stanch this flow by making more of a commitment to their workers. Doing so will re-engage them with their work -- and turn potentially messy breakups into happily ever-afters.

Click here for more information on employee work styles and the ways in which environments can boost employee engagement.