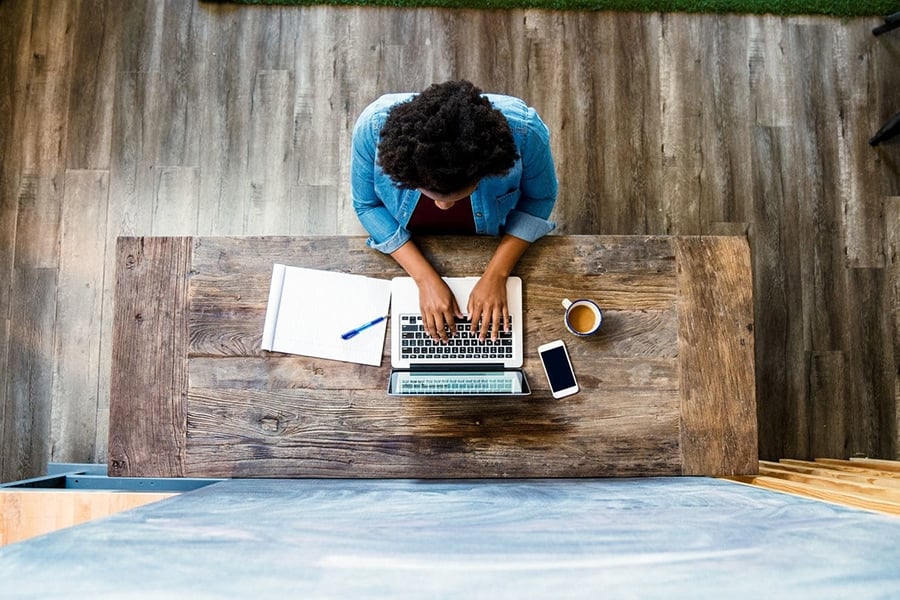 Some predictions about life at work in 2019 are hard to know: whether the economy will slow down, and if so, when. Others seem like sure bets: The #MeToo movement will continue, with more women coming forward with tales of misconduct on the job, while issues such as diversity, flexibility and gender equity will remain at the fore.

Others fall somewhere in between. We asked several experts on workplace technology, data, compensation and other issues to make predictions on the rest — their bets on the likely-but-not-obvious trends they believe will take hold, the challenges managers will face and the new perks employees could see. Some are quirky — a phone booth in the office? — while others will remind us of the risks that exist for our personal data at work. Here are five trends you may see when you’re back in the office to start the new year.

In recent years, extended parental leave — even a promised year off at some tech companies — has become all the rage for new mothers and even fathers as companies try to recruit and retain millennial workers. But Carol Sladek, who leads Aon Hewitt’s work-life consulting program, believes more companies in 2019 will start to extend “family leave” to non-parents who want time off to care for an aging parent, grieve for a lost family member or help with a sick spouse.

“It’s come up in almost every conversation I’ve had in the last six months,” she says of her discussions with clients. More companies may decide to broaden family leave coverage out of a sense of equity, as employees sense that “ ‘I’m sitting here trying to care for my 83-year-old father, and Jane, sitting next to me, gets 18 weeks of paid maternity leave. That doesn’t feel right,’ ” she said.

While the Family and Medical Leave Act allows employees to take up to 12 weeks to care for an ailing family member, many employees don’t know about it, and it only guarantees unpaid time off. A benefit of paid leave for family care may not “explode” in 2019, Sladek said, but she expects enough growth that Aon Hewitt plans to include it in its annual benefits surveys. “Organizations are getting that ‘Aha, we solved that problem, but we missed this group.' "

As the labor market remains tight and people switch jobs more often, there’s a different kind of wage gap forming, said Brian Kropp, the group vice president for Gartner’s human resources practice. Companies have to dangle more to lure in new workers, making pay disparity grow between workers who’ve been in a job with a company for years and those who’ve been newly recruited.

“In today’s labor market, the best way to get a raise is to go find a job at another company,” Kropp said. Employers are “not as willing to pay more for the people they’ve got. It’s a really interesting dynamic.”

Yet as pay transparency becomes more common — with more employees opening up about what they are paid or websites such as Glassdoor making such data more available — the problem could lead to morale issues between workers and headaches for managers. Companies, Kropp said, will need to make more-frequent adjustments. Too many companies don’t do that, he said.

“They haven’t done the follow-through,” he said. “In some places, it could get worse.”

But Laura Sejen, a managing director with Willis Towers Watson, says the increased focus on the gender pay gap and pay equity should help address gaps that occur between incoming and existing workers.

“If not all, a large majority of organizations, as part of their annual pay review cycle, are now including a gender pay equity analysis,” she said. “Whether they did the initial analysis two years ago or five months ago, they’ve been moving fairly systematically.”

PRIVACY: Workers will demand that employers do more to insure their personal data

A “global awakening” about threats to the privacy of our data as consumers will spill over into concerns about the personal data we give our employers, predicts Kristina Bergman, the CEO of Integris Software, which helps organizations manage the personal information they store and meet compliance mandates.

“There are an increasing number of protections in place for consumers — things like the ability to opt in and opt out, or needing consent to use their data,” she said. “Employees, however, have less control over how their employers use their data.” Yet plenty of data is at risk. Beyond social security numbers and bank account information from direct deposits, data like what movies you watched in a hotel room on a business trip (charged to a corporate credit card) or what vacation days you took could reveal other personal tastes or even religious information to outside parties.

Bergman predicts more pressure for employers to provide some of the same options to their workers that customers have, such as being able to request access to information that companies have about them.

“I think what they’ll start to demand is that employers specify a certain duty of care when it comes to dealing with their data,” Bergman said. “I think it will become part of their marketing pitch, in the same way benefits packages are, as employers start to disclose how they treat employers’ data, too, and use that as an indicator of the moral and ethical fabric of the company.”

People may hate the open office design — and there are plenty of reasons to, including their stifling of collaboration and the incessant noise and lack of concentration — but it’s probably here to stay, albeit with design tweaks around the edges: more small conference rooms and collaboration areas for people to find some privacy or host a meeting. Furniture designs that allow people to put up barriers around their desk.

And increasingly, says Jonathan Webb, vice president of workplace strategy at the design firm KI, office “phone booths” or “privacy pods” for people to have private conversations without taking up an entire meeting room designed for a larger group.

While they’ve already begun showing up in some workplaces, such booths are poised to become commonplace in 2019, Webb says.

“People are going to start to figure out how to make these things more efficiently” — lowering the high price for companies to purchase them — “and make them a little more flexible in their design,” he said. (KI is working on its own version, he said.) The Wall Street Journal reported in November that in 2015, only one booth-maker was part of the commercial-design industry’s trade show in Chicago. In 2018, there were more than a dozen.

“As the cost of real estate continues to increase and the sizes of individual workspaces continues to decrease, we have this issue of letting employees have different work styles to allow them to conduct all kinds of different business,” he said — including the lost art of the private phone call at work.

WORKPLACE TECH: Email will move past its peak and continue its demise

Companies have been moving toward messaging and away from email for internal communications for years, but 2019 will be the year email moves past its peak — at least at work, predicts Josh Bersin, an industry analyst who studies workplace technology.

The popularity of messaging tools such as Slack will continue, he said, but he also believes greater adoption of Microsoft’s Teams — its take on the group messaging app that’s integrated into Office 365 — will be a game-changer. Although Teams was released in 2017, it’s still being adopted or turned on by many corporate IT departments, and Bersin believes 2019 will be the year it takes off because of how closely it’s embedded with other Microsoft software or features.

Both Bersin and Kropp also see greater adoption of workplace tech tools that “nudge” managers or employees via texts or other alerts that could divert users, too, from traditional emails (though the nudges are likely to come through email initially, too). From reminding managers with a phone alert that an employee in a competitive field hasn’t had a raise to nudging people within an HR software system about using their remaining days of paid time off, artificial intelligence is likely to do more and more to urge behaviors among managers and employees. (Former Google HR chief Laszlo Bock is behind one start-up working in this area, Humu.)

“I think it’s a new communications paradigm” at work — “a paradigm of nudges, texts and alerts,” Bersin said. “That is, until we overload that channel, too.”