Can Companies Save Money with Workplace Wellness Programs?

American employers spend millions trying to keep employees healthy. How does this affect their bottom line? 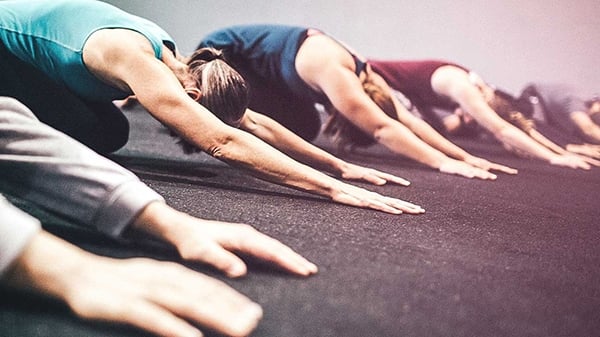 These diseases can worsen a person's quality of life and increase their chances of dying early.

In 2016, employee absenteeism - missing work because of sickness or injury - drained the U.S. economy of $2 billion, according to the Centers for Disease Control and Prevention (CDC).

These are all too common in the American workforce.

The CDC report found that up to 56 percent of employees surveyed were physically inactive, 30 percent were obese, and 27 percent were smokers.

Faced with this kind of drain on its resources, Plantation did what many companies across the country are increasingly doing.

In 2012, around half of all companies with at least 50 employees offered some kind of wellness program.

These vary from company to company.

Employees are often prodded to undergo screenings for risk factors of chronic diseases - and to take steps to reduce their risk.

Plantation's program is more comprehensive than many.

The city works with Marathon Health to provide an onsite health center to employees. This includes primary care services provided by doctors, health coaching, and a pharmacy.

This approach has helped.

Other companies have seen similar improvements.

Jodi McWilliams, benefit manager for KI, a global furniture manufacturing firm based in Wisconsin, said that in recent years many of its almost 2,000 employees have lowered their health risk factors.

This enables employees to move into a “healthier” category - and pay less for their health insurance. This can be a big incentive for them to take care of their health.

If employees complete these programs - but not necessarily succeed at them - they earn points toward moving to a cheaper insurance premium.

“They're not guaranteed to walk out of Weight Watchers and have lost 10 pounds,” said McWilliams. “It's just that they went through it and now maybe they know how to eat healthier.”

Since Plantation opened its employee health center in 2010, it has saved close to $4 million in healthcare costs.

Moale attributes this decrease in part to catching health problems earlier when they are cheaper to treat or manage.

Employees can also visit a doctor at the health center during the workday - on city time. This greater accessibility means employees don't have to put off seeing a doctor.

When a Plantation employee went to the health center for a sinus infection, her doctor encouraged her to have a mammogram that day, something she had been putting off for three years.

The result came back the next day - breast cancer.

But doctors caught it early enough to treat.

“If this total health management program wasn't in place, that woman would have ended up probably losing her life,” said Moale. “As it was, it was caught early enough, she had her surgery, and she's healthy now.”

“Not only is it helping the company, because our costs for the medical plan on the employer's side are staying the same or improving,” McDermott told Healthline, “but we're passing that along to our employees by not increasing their cost for participating in the plan.”

In a recent study, University of Michigan researchers found that employees who completed six months of a two-year weight loss program showed up at work more regularly.

Before the program, people reported working, on average, 5.2 hours per month less than their employer expected. After half a year, they were working 6.4 hours more than expected.

Plantation experienced a similar improvement in employee attendance after its health center opened.

“In the first four years of operation of the care center, my absenteeism rate was down by 50 percent,” said Moale.

The 92 participants in the University of Michigan study also lost, on average, 41 pounds.

In a 2009 review of studies looking at workplace wellness programs, researchers estimated that losing 10 percent of your body weight - and keeping it off - would save $3,116 to $7,504 in lifetime medical costs.

Are wellness programs worth the cost?

In the United States, workplace wellness is a $6 billion industry.

Some of this expense goes to running wellness programs. The 2009 review found that weight loss competitions - along the lines of “The Biggest Loser” - cost employers between $1.60 and $4.16 per pound lost by employees.

Given that kind of upfront expense, many employers want to know if they are saving more than they are putting into wellness programs.

In a 2014 study, RAND researchers looked at a large workplace wellness program offered by PepsiCo.

For every dollar that the company spent on helping employees manage chronic illnesses, the company saved $3.78 in healthcare costs and reduced absenteeism.

However, the lifestyle program - focused on things like eating better, exercising more, and quitting smoking - cost more to run than the company saved.

Combined, the two programs saved the company $1.46 for every dollar invested.

Companies looking for a bigger return on their investment may want to focus on workers' existing chronic conditions.

However, that's not to say that wellness programs that lose money on paper aren't worth the investment.

Assurance's McDermott has noticed an increase in employee engagement in recent years, something the company measures every six months with a five-question survey.

She thinks this is partly related to the company's wellness program, as are other less tangible benefits.

“We don't have as high a turnover as some of our competitors,” said McDermott, “because our employees are happy, they're engaged, and they like the programs we offer. And they enjoy the camaraderie that our wellness program creates.”

Employees embracing healthy living can also spill out beyond the workplace.

“Those types of things are the ones that we really like to see, because it's getting not only the employee involved, but maybe their spouse and maybe their kids,” said McWilliams, “and they're out there in the community promoting wellness.”