Is the Design of Our Hospitals Making People Sick?

The United States spends more on health care-almost $9,000 per person-than any other nation. Yet Americans, on average, die sooner than their foreign peers.

There's plenty of blame for our nation's expensive but poor performance to go around. Some cite greedy insurance or pharmaceutical companies, while others wag their fingers at individual Americans' poor dietary and exercise habits.

But few health reformers point to an aspect of our health care system that has a surprisingly high impact on both costs and patient outcomes-the design of our nation's health care facilities.

No fewer than 600 studies have shown that health care design has a significant impact on medical outcomes.

In a 2011 report on hospitals, the British Medical Association found that "the architectural environment can contribute to the treatment of patients and significantly affect their health outcomes." The BMA further noted that badly designed facilities can cause "anxiety, delirium, high blood pressure and increased use of painkillers." 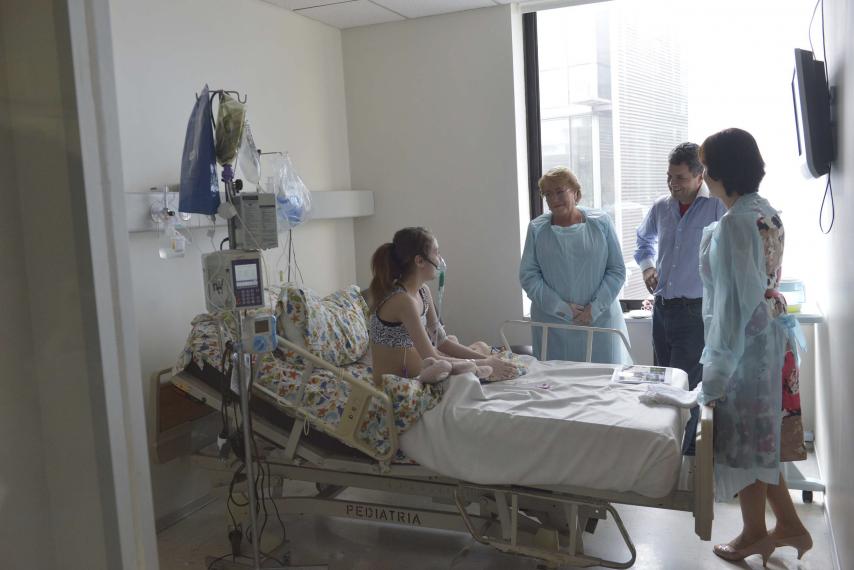 Even simple design changes, like installing windows that increase the amount of sunlight shining on patients, can have a profound impact. According to a peer-reviewed study in the Journal of Psychosomatic Medicine, "Exposure to natural sunlight has been associated with improvement in mood, reduced mortality among patients with cancer, and reduced length of hospitalization for patients who have experienced myocardial infarction."

An Italian study found that patients with depression who were exposed to direct sunlight in east-facing rooms were able to leave the hospital nearly four days quicker than a control group whose rooms faced west.

With the average cost of a day in the hospital over $2,000, early exits can deliver substantial savings.

Changing a hospital's layout can have similarly positive effects on both cost and outcomes by enabling clinicians to spend more time with patients.

Consider the "pod" layout. This design, in which patient rooms surround a central station, can allow providers to get to patients more quickly. The Heart Hospital at SwedishAmerican in Rockford, Illinois, found that the pod layout reduced walking distances by 50 percent.

Other layouts work to reduce the distance between providers, patients, and computers.

Computers are a necessary evil. They empower doctors and nurses to provide better care. But they also force them to spend time away from their patients.

One study of Parkland Memorial Hospital in Dallas, conducted by BBH Design in collaboration with the firm I lead, KI Furniture, found that nurses had to spend more than one-third of their time-and doctors nearly half-on computers. Providers using computers in exam rooms were 86 percent less likely to talk to patients.

To alleviate this problem, Reading Hospital in Pennsylvania decided to bring computers closer to patients. The hospital implemented decentralized workstations outside every pair of patient rooms.

These stations have everything the old ones used to include-worktables, computers, and monitors. But they offer better sight lines to patients. So when nurses and doctors turn to their computers, they're within plain view and earshot of their patients.

Patients who interact with providers also have the chance to share in decision-making, which "has the potential to provide numerous benefits for patients…including improved health outcomes," according to a study in the New England Journal of Medicine.

Shared decision-making also can reduce costs. The Lewin Group, a consultancy, estimates that involving patients in treatment choices for just 11 procedures could save more than $9 billion over 10 years.

In health care, design matters. Research confirms that the conditions in which patients receive care have a significant impact on how effective that treatment will be. And more effective treatment translates to lower overall costs.

That should be a brand of health care reform that everyone can get behind.