American businesses have a new, multibillion-dollar problem -- they can't hold onto their youngest workers. More than one in five millennials changed jobs in the past year. That's triple the share of non-millennials who did so.

Such turnover is expensive. Every person who quits costs his employer about 20 percent of his annual salary -- and that doesn't include the cost of recruiting and training his replacement. All told, millennial turnover saps the U.S. economy an estimated $30 billion a year.

Today's Baby Boomer bosses can avoid those costs by updating their workplaces to meet the psychological needs and aesthetic preferences of their youngest workers. Research shows that even small investments in workplace design and better management can deliver outsized returns.

Companies have little choice but to cater to the whims of millennials. They already account for the largest share of the U.S. workforce -- 35 percent. Next year, they'll pass the Baby Boomers to become America's largest generation.

Millennials don't just have strength in numbers. They're also the best-educated and most technologically adept generation in history. So it's in corporate America's interest to bring as many of them into the fold as possible.

Young adults approach work differently than their parents and grandparents did. They want a workplace that cares about them as individuals, not just cogs in the corporate machine. Over 90 percent of millennials say work-life balance is a top priority when they're searching for a job, compared to 70 percent of Baby Boomers.

Unfortunately, employers do not appear to be paying too much attention to what their young staffers are saying. Just 29 percent of millennials say they're engaged at work.

Worse, companies don't know what to do to fix this state of affairs. Forty-six percent of CEOs don't have a plan to address the epidemic of disengagement within their ranks.

That's a mistake. With unemployment near record lows and firms desperate for skilled workers, millennials can afford to job-hop until they find a company that offers them what they're looking for.

That company is likely to prioritize a few things.

First, communication. Millennials want more of it. Forty percent prefer weekly feedback from their supervisor -- more than twice the share of any other generation.

There are other, less formal ways to boost communication between old hands and office rookies. For instance, companies can experiment with reverse or reciprocal mentorship programs, whereby younger hires offer guidance to senior managers.

These sessions needn't be tutorials for Baby Boomers on how to text with emojis. They can give senior managers insight into how to communicate with younger team members and how millennials respond to organizational change.

When millennials feel valued and connected to their employers, they tend to stick around. Financial services firm Pershing retained 96 percent of its millennial workforce over a three-year period after instituting a reverse mentorship program in 2013.

Second, the ideal millennial workplace will look like a college campus. Recent college graduates have just spent four years -- or more -- working when and how they wanted, switching seamlessly from group work in a coffee shop to cram sessions at the library.

But when they get to the workplace, they're expected to sit at a desk eight hours a day, with only the occasional field trip to the conference room or cafeteria. It shouldn't be surprising, then, that nearly 90 percent of college graduates say they feel "lost in transition" after moving from the collaborative spaces of their college days to static office layouts.

Employers can meet their workers halfway by giving them tools to customize their workspaces. Some workers might use movable screens to grab some privacy for work on a tight deadline. Others might wheel a few work tables together to create an ad hoc brainstorming space. 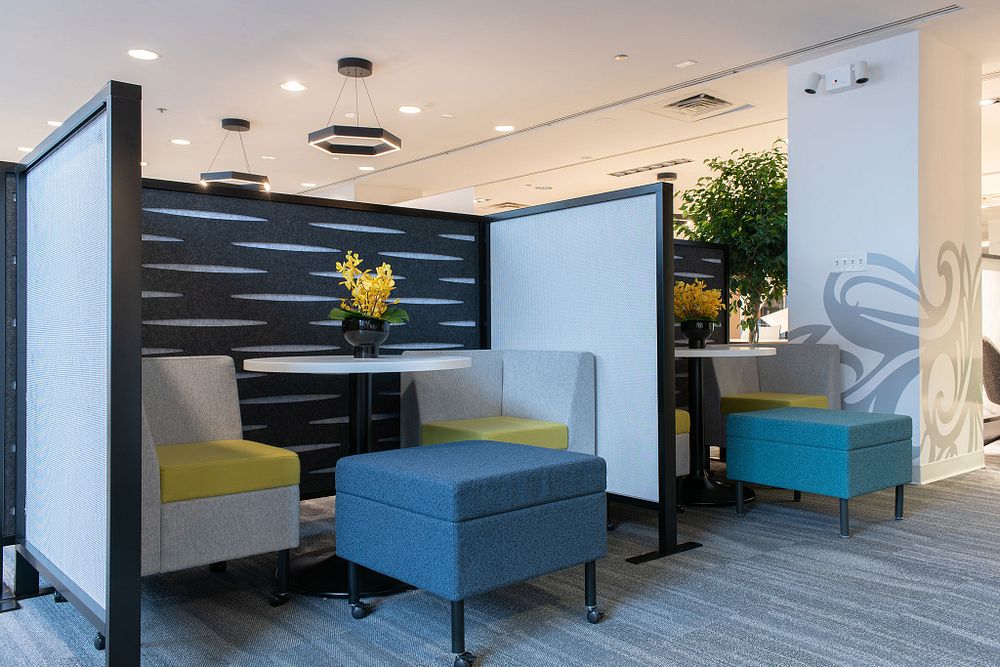 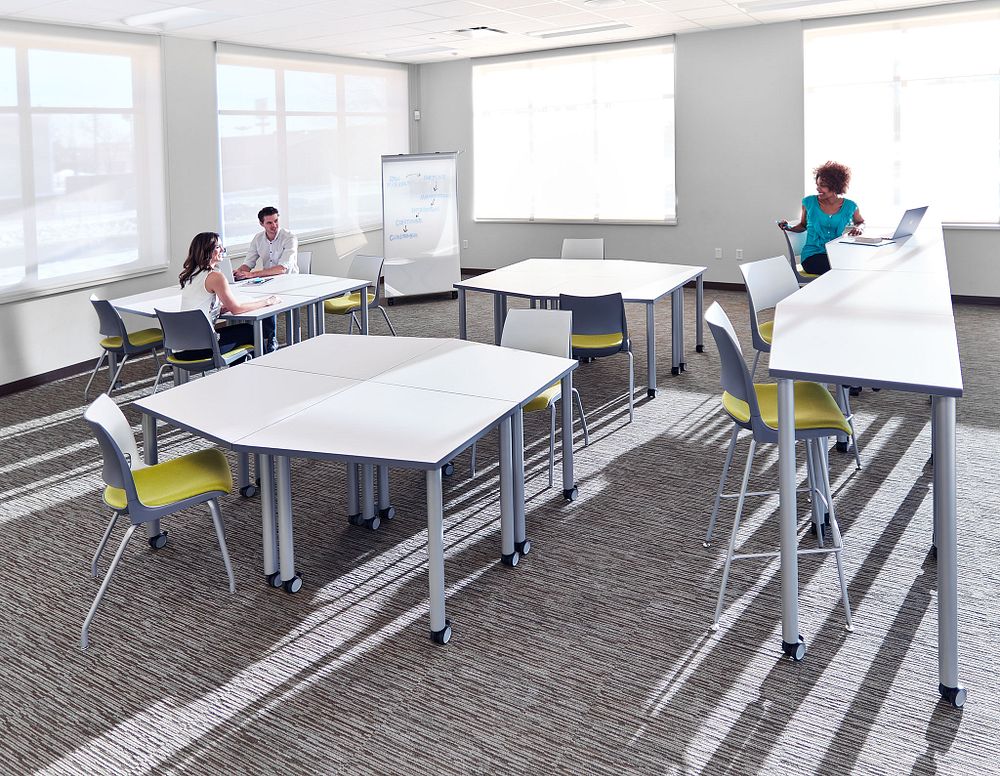 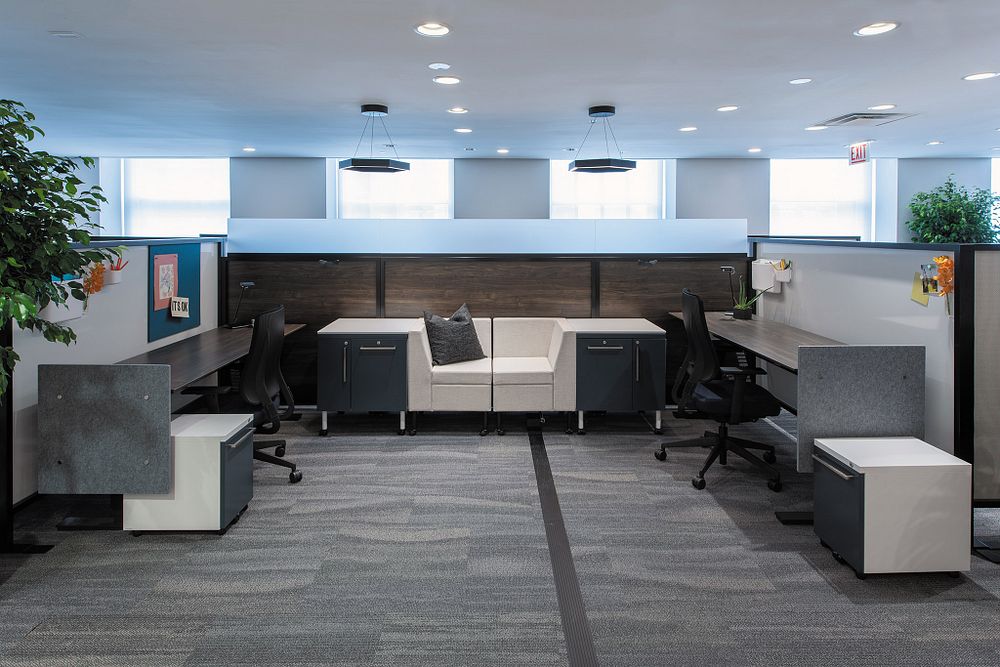 Empowering workers in this way can boost productivity -- and ultimately revenue. A 2013 study from researchers at Cornell University found that businesses that gave employees a choice over how to work grew four times faster than their inflexible counterparts.

In today's tight labor market, successfully retaining employees -- especially young ones -- can be a multibillion-dollar proposition. That's a big enough sum to make even the most grizzled Baby Boomer boss switch to a desk in the bullpen -- and embrace his millennial colleagues' vision of work.