This New Year, Take a Stand

The New Year is here. To ring in the occasion, many of us will have a few cocktails and hors d'oeuvres, stay out well past our bedtimes -- and vow to start eating right and exercising more in 2017. Some will abandon that resolution within a matter of days. Others will make it a few weeks. But few of us will stay true to our promise to get healthy. Overall, just 8 percent of people who make a New Year's resolution actually achieve their goal.

It doesn't have to be that way. Americans are overlooking an easy way to get healthy, one that can be accomplished with almost no additional effort. And that's simply standing more.

Shedding pounds has long been among the most popular New Year's resolutions. Four in ten of those who make resolutions focus on their weight. The vast majority will fail. It's not hard to see why. People spend most of their time completely still. The average American sits 13 hours every day. In other words, we're glued to chairs for more than half our lives.

A big reason for that is the nature of modern-day work. Since 1950, jobs where folks are tied to a desk have increased 83 percent. Today, only two in ten jobs are active -- well below the five in ten that existed half a century ago. That's not just impeding folks' ability to stay lean; it's threatening their ability to stay alive. Sedentary people are more than twice as likely to develop type 2 diabetes and almost two-and-a-half times more likely to develop heart disease than those who maintain an active lifestyle. And prolonged sitting is behind up to 173,000 cases of cancer every year. Worse still, research shows that even an hour of rigorous exercise is insufficient to undo the damage of a day's worth of sitting.

Earlier this year, the journal Circulation published a new study surveying the research into the "deleterious consequences of sedentary behavior." The conclusion? As the American Heart Association put it, "Regardless of how much physical activity someone gets, prolonged sedentary time could negatively impact the health of your heart and blood vessels."

But not everyone is doomed. Simple activities -- like strolling over to another room to chat with a coworker, taking a walk during lunch, or standing during meetings -- can go a long way toward combatting the negative health effects of sitting.

Another study of office workers yielded similar results. They all consumed 1,000 extra calories a day and did not change their exercise regimens. Researchers found that those who gained weight during the experiment sat an average of 2.25 hours more per day than those who did not gain weight. That shouldn't be surprising. Standing burns 50 more calories per hour than sitting. So standing for just four hours a day can burn an extra 1,400 calories every week -- nearly an entire day's worth of calories.

Of course, workers need not stand at attention all day. It's movement that's key. Switching between standing and sitting every half-hour reduces blood sugar surges by over 11 percent – diminishing the chance of developing type 2 diabetes. The long-term benefits are striking. Sitting a maximum of three hours a day would allow the average American to live an extra two years, according to a study published by BMJ Open, a medical journal. 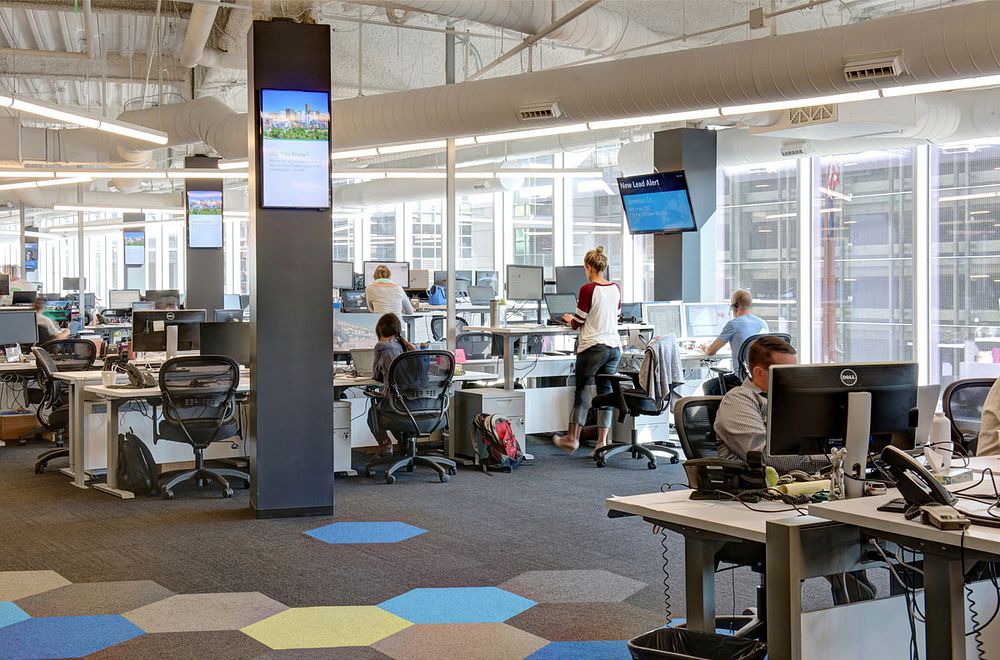 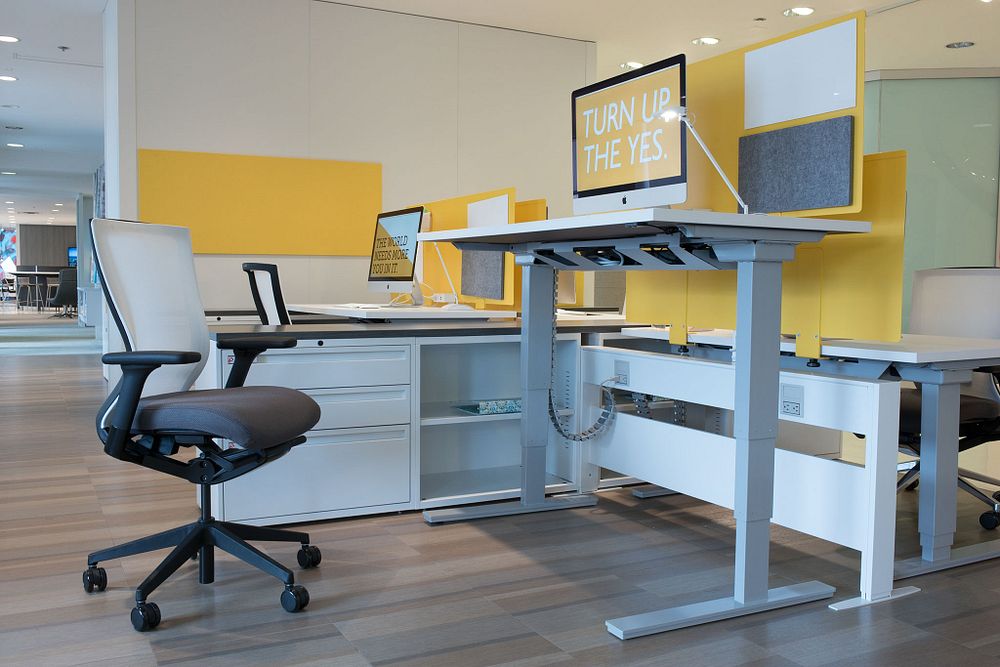 Standing more can also improve workers' productivity -- and even make them happier. In one seven-week study, employees were given standing desks. Those who used them felt less stressed, were more efficient, and had more energy. When the desks were removed, the workers' moods reverted to their original levels.

So, this New Year, workers need not sweat a resolution to cut sweets or spend some extra time on the elliptical, knowing full well that they won't be able to keep it. All they need to do is rise to the occasion -- literally.

To learn more about the benefits of standing, download KI's white paper, "The Sit-Stand Paradigm: Increasing Workplace Health and Productivity".