Making a Case (and Chairs, and Desks), for Employee Ownership 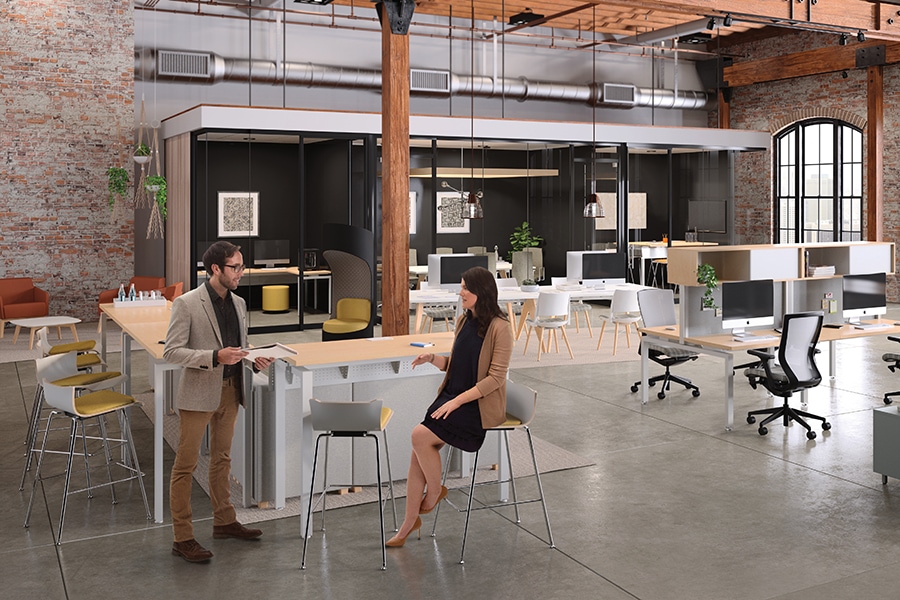 Employee-owned businesses tend to outperform their competitors, a growing body of research shows. According to the National Center of Employee Ownership, businesses with employee ownership models grow sales and employment at a faster rate than businesses without such programs. Employee-owned firms also perform better than their counterparts during recessions, per research from Georgetown University.

My company, Green Bay, Wisconsin-based furniture manufacturer KI, is a testament to the positive impact that employee ownership can have on a manufacturing company.

KI CEO Dick Resch has long dreamed of putting the company on the path toward employee ownership. In 2006, Resch started an employee stock ownership program at KI. Since 2011, KI employees have owned over 25% of the business through an ESOP.

Resch's goal was to keep KI privately held, employee-owned, and in Green Bay. Last April, the company achieved that goal by purchasing the Resch family's remaining ownership stake. With over 2,000 employees, KI is now one of the 50 largest ESOP companies in the country.

The benefits of employee ownership at KI are far-reaching. Some were immediate. For example, we're already seeing a new level of employee engagement. Employees have made use of hotlines to ask questions and offer feedback. Managers have told leadership they've seen a marked increase in attention to detail at work; employees are now more likely to ask questions about business transactions or expenses.

From entry-level line workers to the C-suite, everyone feels like they have a personal stake in the success of the company. As part of their benefits package, employees earn shares in the ESOP. Over time, employees' stock will vest, and they can sell their shares back to the ESOP upon leaving or retiring.

But many employees don't sell those shares upon leaving. They trust their savings will be secure with KI. As of last June, KI's retirement plan had nearly 3,000 participants. More than one-third of those participants are former employees—individuals who pursued other jobs or retired but chose to keep their money in KI's plan because they believe in the future of the company.

As owners, our employees are committed to KI's future and stay here longer. The average tenure of a KI employee is over 13 years—more than three times the national average. Employee ownership has a lot to do with that. In general, employee-owners' median job tenure is 53% longer than non-owners.

For current and retired employees alike, the financial impact of employee ownership speaks for itself. KI's share price has increased 13% annually since the company became a partial ESOP in 2006.

While it's too early to see how April's transition to 100% employee ownership has affected KI's bottom line, we expect a positive impact. Research from Rutgers University, home to the NJ/NY Center for Employee Ownership, finds that employee ownership models can increase company profits up to 14%.

The ESOP model has tremendous value for KI as an employer as well. Offering potential hires a stake in the company is a great recruitment tool—and will help us to retain talent in the long term.

KI is just one of many U.S. manufacturers making the move to employee ownership. It's clear that adopting an ESOP is a strategic way for manufacturers to pave the way for future growth—and share that success with their employees.