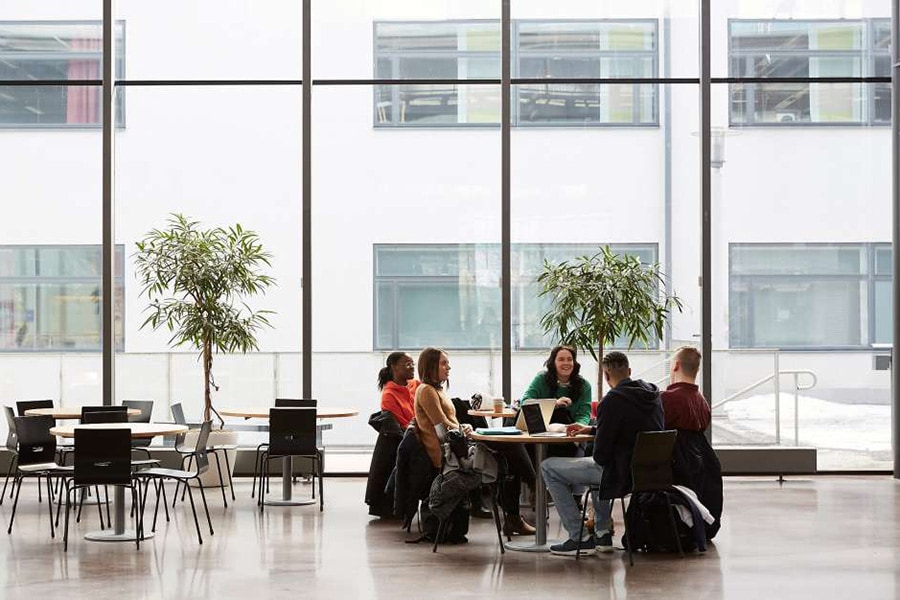 This fall, nearly 17 million students enrolled in college or some other postsecondary educational institution. Unfortunately, many will never earn their degrees.

Nationwide, one in five freshmen will not return for their second year. And while 84% of California high school students graduate, only 55% of the state’s college students complete a bachelor’s degree in six years — or an associate’s degree in three.

Schools are searching to boost retention and graduation rates. After all, if they can’t attract, retain and graduate their students, they won’t be around for long.

One way to keep students around and on the path to graduation is to invest in thoughtful design. That may seem irrelevant to academic achievement and student performance. But new evidence shows that campus design plays a significant role in whether students stick around — and whether they succeed.

Often, people drop out not because their classes are too hard but because they’re lonely and homesick. Non-academic variables — like persistent feelings of loneliness — more accurately predict whether students will drop out than academic variables like grade-point averages, according to a 2014 study published by Procedia — Social and Behavioral Sciences, an academic journal.

Some colleges are responding by designing their buildings to foster social interaction and a sense of community. Residential learning communities — floors or whole dormitories where people who take classes together also live together — are one popular approach. San Francisco State University’s “Living Learning Communities” stand out as an example of this approach.

Membership in a residential learning community is linked to greater extracurricular involvement, improved critical thinking and reading comprehension, and higher graduation rates, according to a study of more than 360 four-year universities.

Other schools are working to spur social cohesion and fire up friendships in their student centers and academic buildings. That’s the thinking behind a new interactive lecture hall at UC Davis that’s designed to foster student cooperation and quickly accommodate breakout sessions.

Instead of traditional classrooms where students have static, forward-facing seats, the California Hall at UC Davis features long, continuous desks and swivel chairs so students can easily spread out, turn around and collaborate with those sitting around them. The lobby provides nooks for small groups who might be focusing on a particular project — or want to socialize between classes.

Ohlone Community College in Fremont is doing something similar by opening three new academic buildings in the heart of its campus this year. These buildings are organized into “collision zones” that force students to cross paths with one another. The school hopes to increase social interaction through thoughtful engineering.

Of course, new buildings aren’t required to catalyze connection among students. Another solution is making use of movable furniture or building small work spaces within existing structures. In an Indiana University survey that asked professors how they’d redesign traditional classrooms, those instructors stressed the need for flexibility. They called for more furniture with wheels and lots of whiteboards to promote face-to-face interaction and group work.

Millions of students in the Bay Area and across the country are in the midst of their fall midterms. But they may not want to stick around if they don’t feel welcome and at home on campus. Schools can head off student loneliness and anxiety — and thereby boost retention and graduation rates — by designing their facilities to foster human connection.